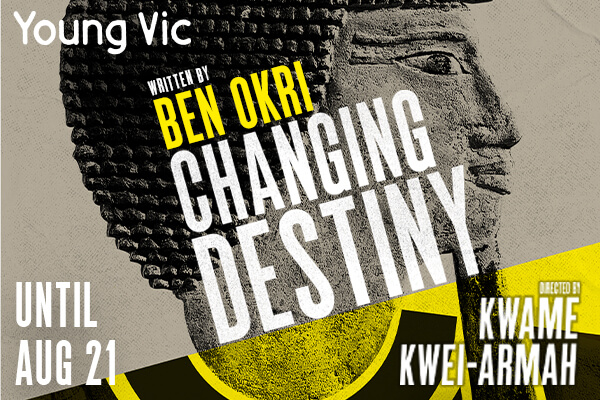 Two actors, a thousand characters, and the story of how a kingdom is changed…

An epic new adaptation of the 4,000-year-old Egyptian poem about the Warrior King, Sinuhe

This radical in-the-round staging of one of the earliest known literary texts explores the essence of humanity and the complexities of immigration. Vividly brought to life with design by acclaimed architect Sir David Adjaye, Changing Destiny is directed by Young Vic Artistic Director Kwame Kwei-Armah.

Across the performance run, cast members Joan Iyiola and Ashley Zhangazha will share the role of Sinuhe, with a game played on stage at the start of each performance dictating who will play the role in that show.

Changing Destiny will be the first production to be broadcast on Best Seat in Your House, the Young Vic’s multi-camera streaming platform.